DEVOTION TO THE
SORROWFUL MOTHER

"And Simeon blessed them, and said to Mary his mother: Behold this child is set for the fall, and for the resurrection of many in Israel, and for a sign which shall be contradicted; And thy own soul a sword shall pierce, that, out of many hearts,
thoughts may be revealed."
Luke 2:34-35

❝Thus Mary not only offered Her Son to death in the Temple, but She renewed that offering every moment of Her life; for She revealed to St. Bridget that 'the sorrow announced to Her by the holy Simeon never left Her heart until Her assumption into heaven.'❞
—St. Alphonsus di Liguori 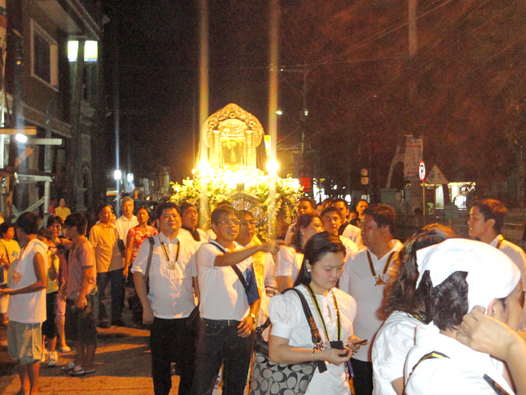 Celebration of the Feast of the Sorrowful Mother, September 15, 2010.
❝With much reason we may call Mary's most holy heart the center of the Cross though which salvation came to us. The profundity of Mary's love did not prevent her from experiencing most poignant sorrows. Saint Albert the Great, Saint Bernardine and many other saints affirm that Our Lady would have died of sorrow at the foot of the Cross had not divine power imparted to her extraordinary strength as she shared the passion of her beloved son. Hence the Fathers of the Church consider her to have been in truth a martyr and more. Many doctors boldly proclaim that Mary suffered more than the combined sufferings of all martyrs. No one ever could or ever can understand the depths of the sorrow of her most loving heart.❞
—St. John Eudes 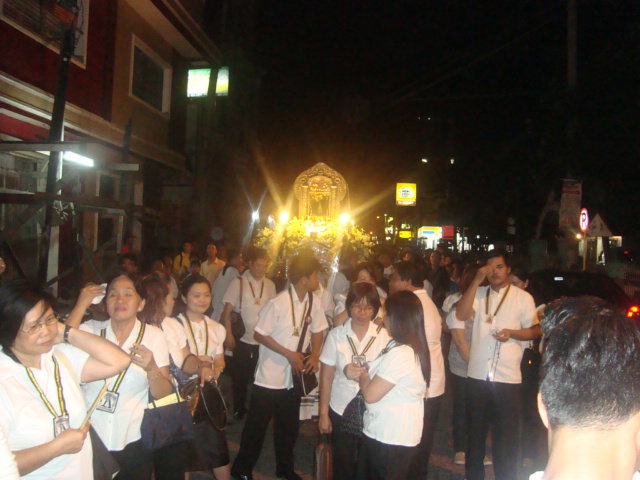 Celebration of the Feast of the Sorrowful Mother, September 15, 2010.
❝ Now if you would derive benefit from these thoughts of Our Lady's heart considered as the center of the Cross of Christ and as Queen of martyrs, you must not doubt the great love of her heart for the countless souls who are crucified in this life. It will be most pleasing to her if you will remember to commend to Her special protection all afflicted persons everywhere.❞
— St. John Eudes 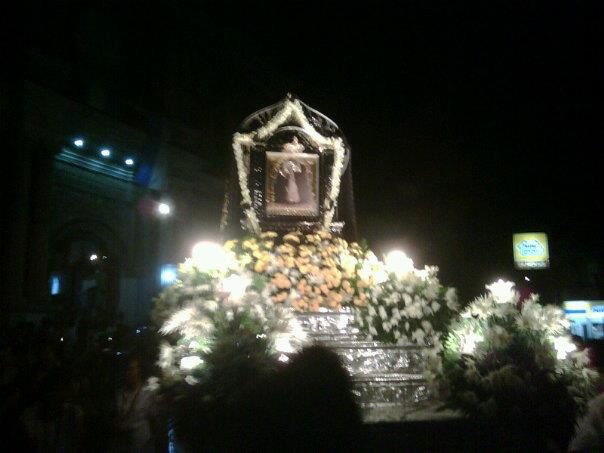 Celebration of the Feast of the Sorrowful Mother, September 15, 2011.
For a while there were two feasts in honor of the Sorrowful Mother: one going back to the 15th century, the other to the 17th century. For a while both were celebrated by the universal Church: one on the Friday before Palm Sunday, the other in September. The principal biblical references to Mary's sorrows are in Luke 2:35 and John 19:26-27. The Lucan passage is Simeon's prediction about a sword piercing Mary's soul; the Johannine passage relates Jesus' words to Mary and to the beloved disciple.

Many early Church writers interpret the sword as Mary's sorrows, especially as she saw Jesus die on the cross. Thus, the two passages are brought together as prediction and fulfillment.

St. Ambrose in particular sees Mary as a sorrowful yet powerful figure at the cross. Mary stood fearlessly at the cross while others fled. Mary looked on her Son's wounds with pity, but saw in them the salvation of the world. As Jesus hung on the cross, Mary did not fear to be killed but offered herself to her persecutors.

John's account of Jesus' death is highly symbolic. When Jesus gives the beloved disciple to Mary, we are invited to appreciate Mary's role in the Church: She symbolizes the Church; the beloved disciple represents all believers. As Mary mothered Jesus, she is now mother to all his followers. Furthermore, as Jesus died, he handed over his Spirit. Mary and the Spirit cooperate in begetting new children of God—almost an echo of Luke's account of Jesus' conception. Christians can trust that they will continue to experience the caring presence of Mary and Jesus' Spirit throughout their lives and throughout history.

"At the cross her station keeping,
Stood the mournful mother weeping,
Close to Jesus to the last.
Through her heart, his sorrow sharing,
All his bitter anguish bearing,
Now at length the sword has passed."
(Stabat Mater)
The celebration of the feastday of Our Lady of Sorrows with the icon of the Virgen de la Soledad de Porta Vaga affirms this title as part of Her sorrows.  On the first Good Friday, Mary chose to live in prayerful solitude, meditating on the great sacrifice that Her Son has offered.  With this celebration, we are hopeful that through Her sorrows, we draw more strength and inspiration as we face our daily lives in total union with Her and Her Son, Jesus. 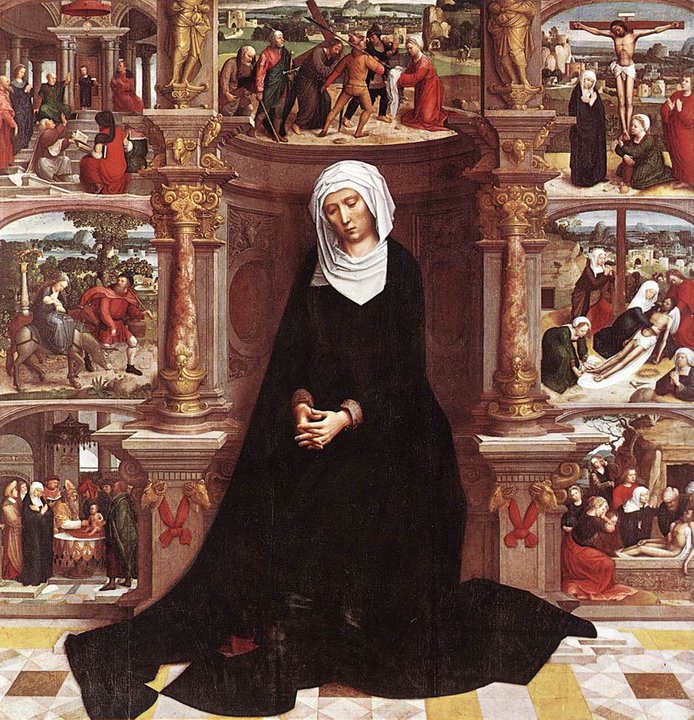 ❝The Virgin's martyrdom is revealed in the prophecy of Simeon as well as in the narrative of Our Lord's passion. 'This child is here to be a sign of contradiction,' the holy old man said of Jesus; 'and you,' he now speaks to Mary, 'a sword will pierce your soul.'

Blessed Mother, a sword has indeed pierced your soul. But this was the only way it could penetrate into the flesh of your Son. Of course, after Jesus gave up his spirit, the cruel spear which opened his side could not reach his soul; but it did pierce through yours. His soul had departed, but yours could not be separated from his.

Do not be surprised, brethren, if you hear that Mary is a martyr in spirit. Whoever marvels at that forgets (and he has heard it before) that Paul ranges lack of affection among the greatest crimes of the heathen, which was far from Mary's case. Far be it also from her little servants.❞
—Sermon of Abbot Saint Bernard