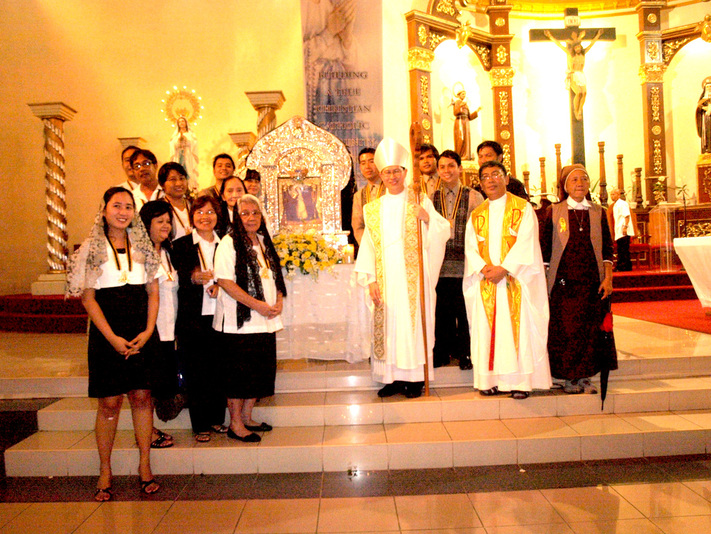 The officers and members of the Cofradia with Bishop Luis Antonio G. Tagle, Bishop of the Diocese of Imus.

The following are the objectives of the Cofradia: 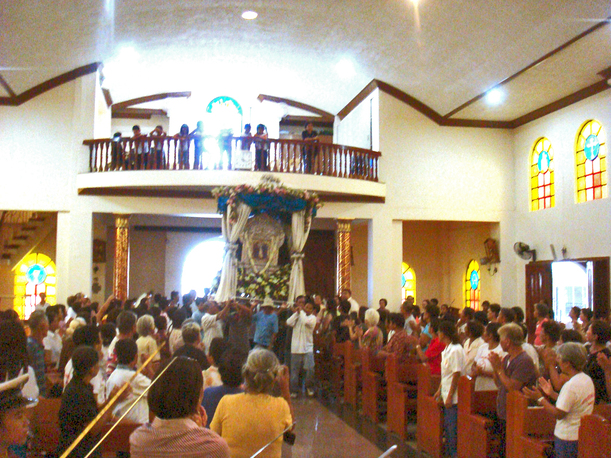 Official Historical visit of La Virgen de la Soledad at the Parish of St. Mary Magdalene, Amadeo, Cavite. May 2009. Photo courtesy of RG Mediran-Amadeo, Cavite
1.  The Cofradia will give glory to our Lord God, Jesus Christ by being closer to Him thru His Mother, Mary; That thru Mary, we may fittingly honor our Lord with the promotion and propagation of the devotion to Nuestra Senora de la Soledad de Porta Vaga. 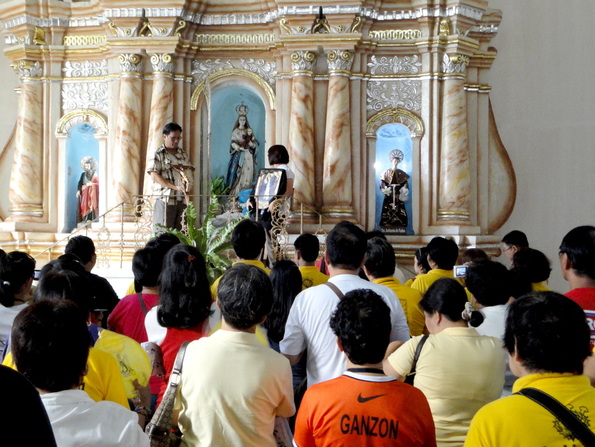 Annual Cofradia Pilgrimage as part of the group's Lenten celebration. Badoc, Ilocos Norte. April 2011.
2.  As Nuestra Señora de la Soledad de Porta Vaga is depicted in a contemplative and meditative mood during the evening of that first Good Friday, so too should the Cofradia spur its membership to strive to become more prayerful in their daily lives in order to foster development of a personal spirituality and prayer life in the devotees of Nuestra Senora de la Soledad de Porta Vaga. 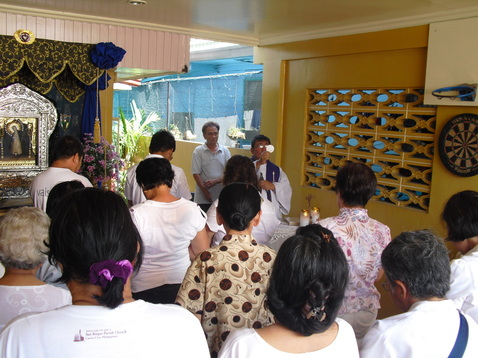 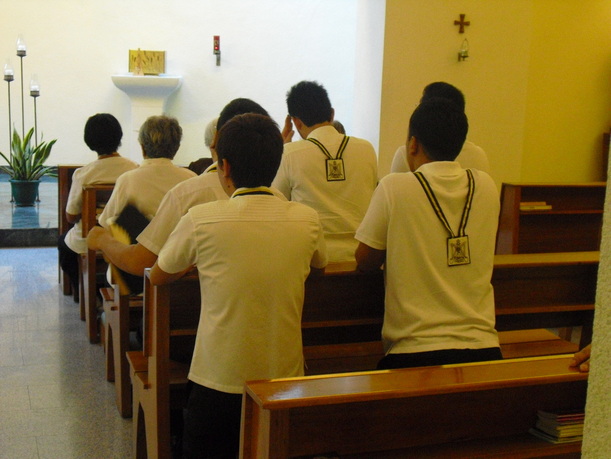 Mass and Prayer time during the Annual Cofradia Outreach Project. Pasay city. December 2010.
3.  Like our Blessed Virgin represented by our Patroness in Solitude and Solicitude, the Cofradia will reach out to that segments of our Society who are alone, abandoned, dejected and rejected in order that they may develop civic consciousness, responsibility and discipline among its members, thus fostering their total personal and spiritual growth with the realization that the Catholic faith calls them to work for justice and to defend human dignity. 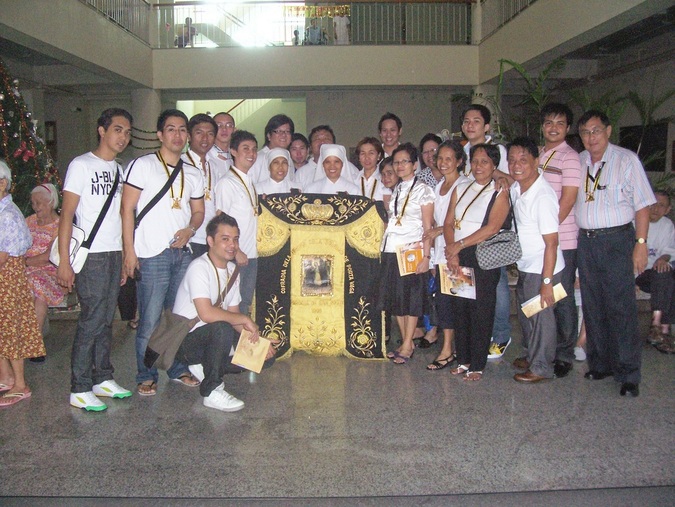 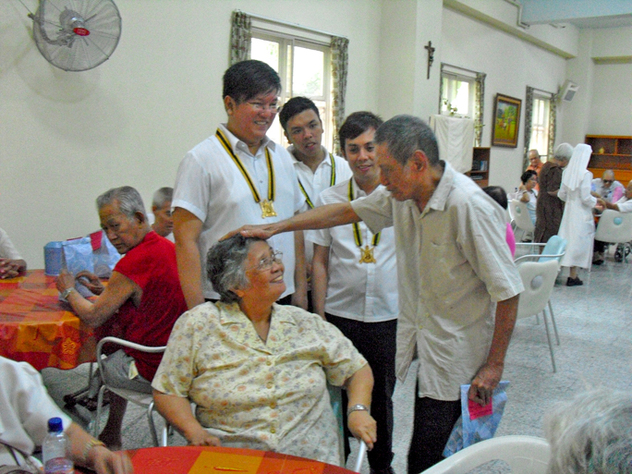 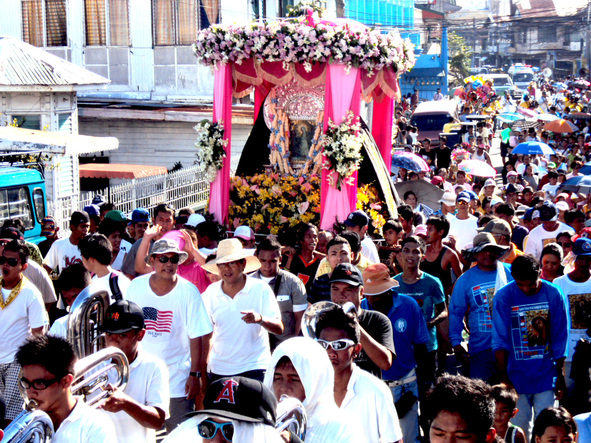 KARAKOL 2011. The Virgen's andas is one of the annual apostolates of the Cofradia. 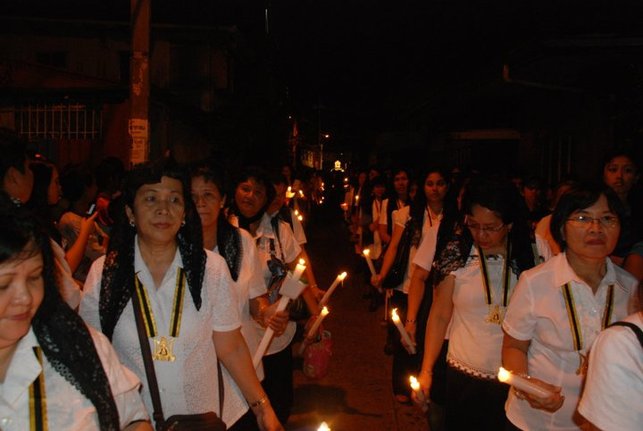 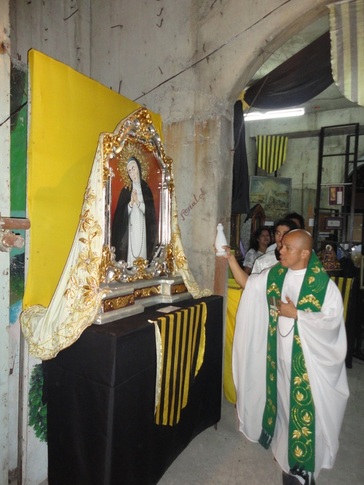 Exhibit of different Virgen de la Soledad Icons and Images. November 2010.
5.  Through the acceptance of donations in cash or in kind, and by soliciting and raising funds, the Cofradia aims to utilize, enhance and nurture the talents, capabilities and resources of the devotees of Nuestra Señora de la Soledad de Porta Vaga in order to sustain, support and promote their devotion to Our Lady through its programs, projects and activities. 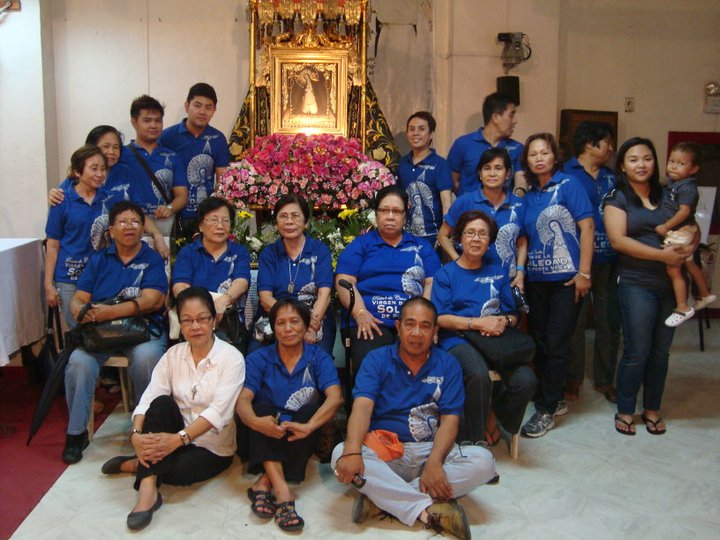 Officers and members of the Cofradia at the Chapel of Radyo Veritas. August 2011. 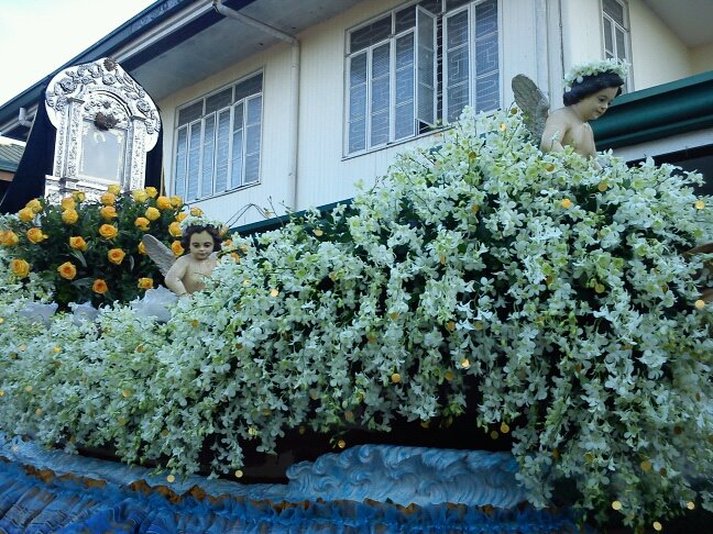 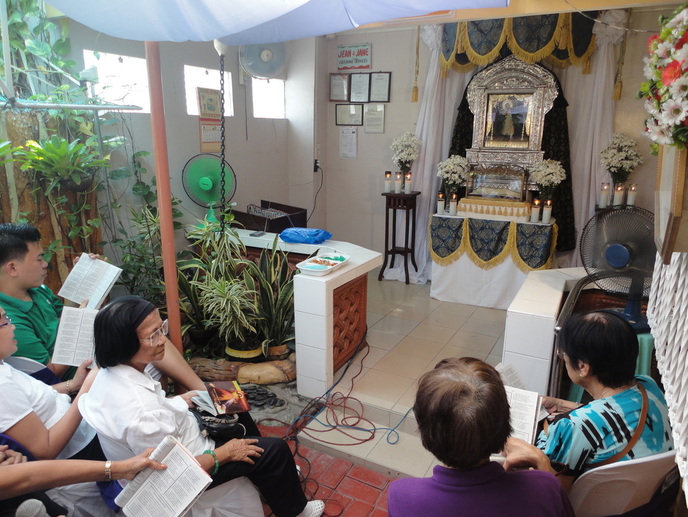 Cofradia 2011 Pabasa.
7.  To promote fellowship among the devotees of Nuestra Señora de la Soledad de Porta Vaga and acquaint its members with the nature of the activities of the Cofradia in order to foster loyalty and generosity among its members. 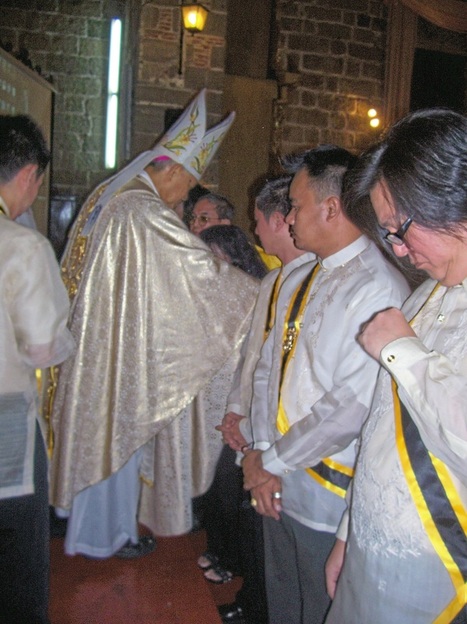 30th Anniversary of the Canonical Coronation, Nov.17, 2008.
8.  To promote the Pledge given by each member of the Cofradia, mainly to:
---Offer up everyday the sacrifices demanded by daily duty;
---Pray at least five decades of the Rosary daily while meditating on the Mysteries;
---Wear the Cofradia Medal on specified occasions of the Organization and our Lady’s Scapular everyday as profession of this promise and as an act of consecration to the Blessed Mother;
---Accomplish the devotion of the Five First Saturdays of the month, by praying at least five decades of the Rosary, confessing and receiving Holy Communion including the fifteen-minute meditation on the Mysteries of the Rosary, and on the seven sorrows of the Blessed Virgin Mary and
---Renew these promises often, especially in moments of temptation, offering them in union with all members of the Confraternity and all devotees of the Virgen de la Soledad. 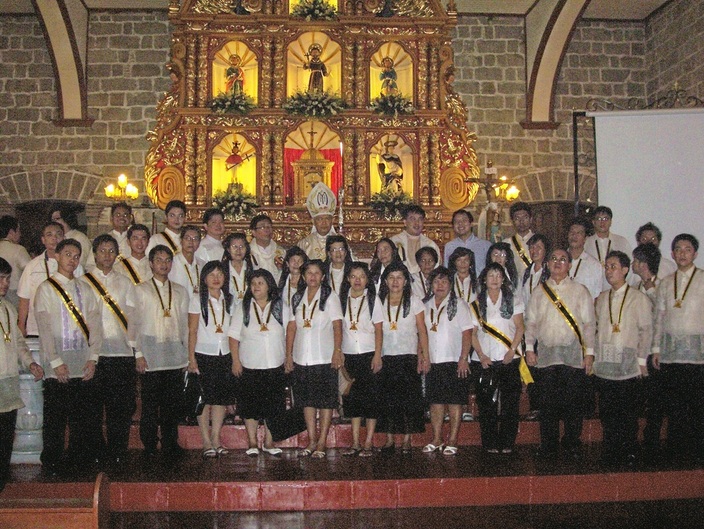 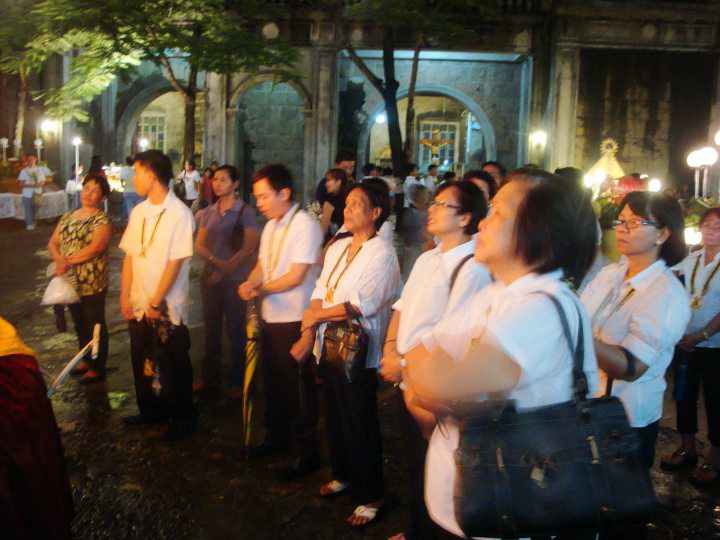 Dasmarinas Marian Procession 2011
9.  Accomplish the devotion to the Most Sorrowful Virgin by praying constantly the Rosary of Our Lady of Sorrows and meditating on Her Seven Sorrows as often as possible and offer such for the intentions of the members and the whole organization as well. 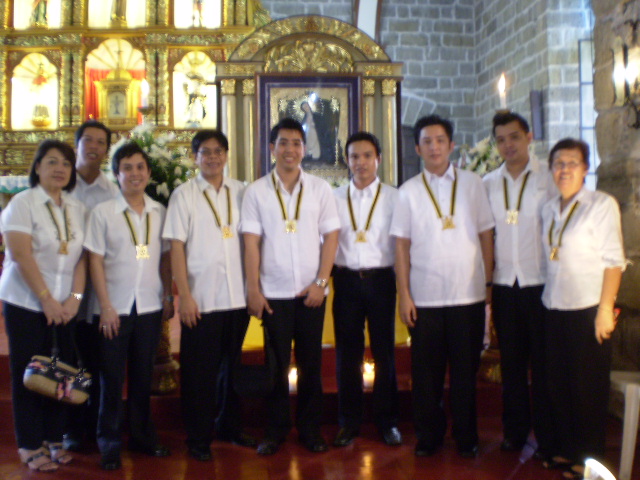 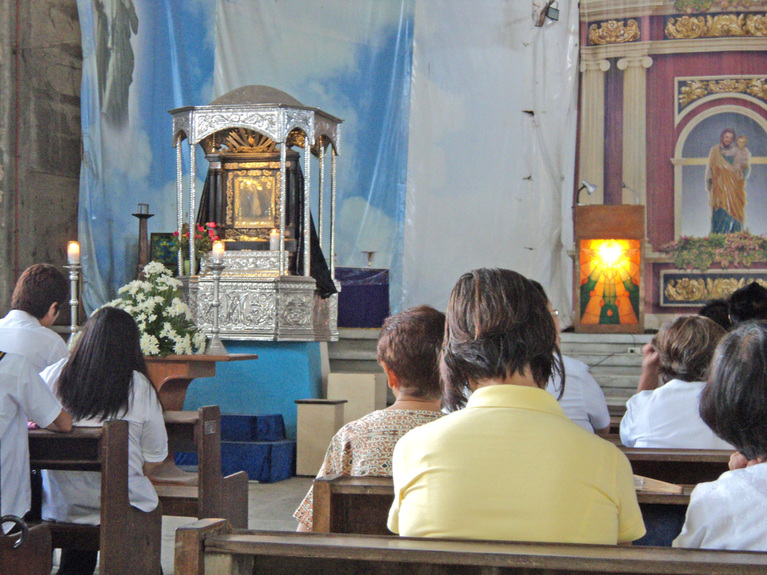 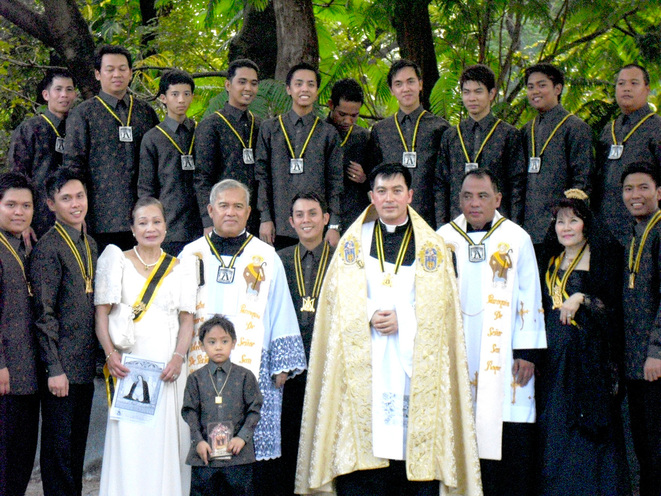 Intramuros Grand Marian Procession. December 2009.
10.  To guide the devotees of Nuestra Señora de la Soledad de Porta Vaga in the call to holiness by developing their personal relationship with Jesus Christ through the intercession of the Blessed Mother, based on the Scriptures, and the teachings of the Catholic Church, by holding conferences, round table discussions and seminars for such purpose. 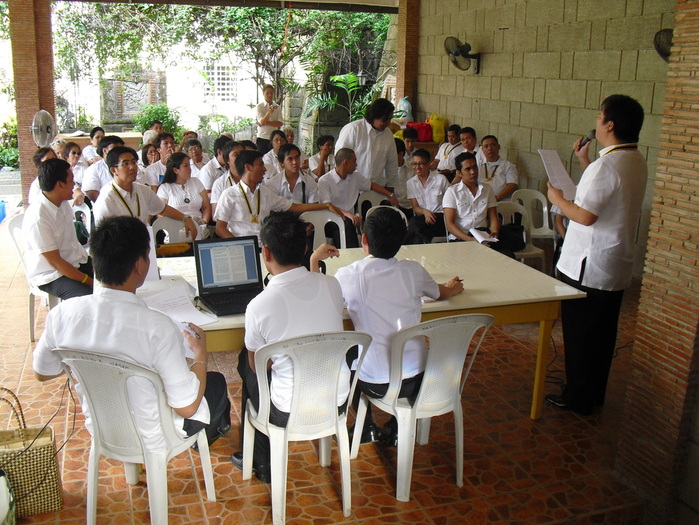 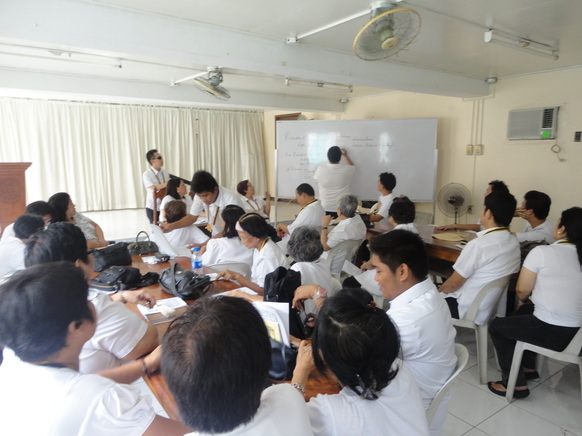 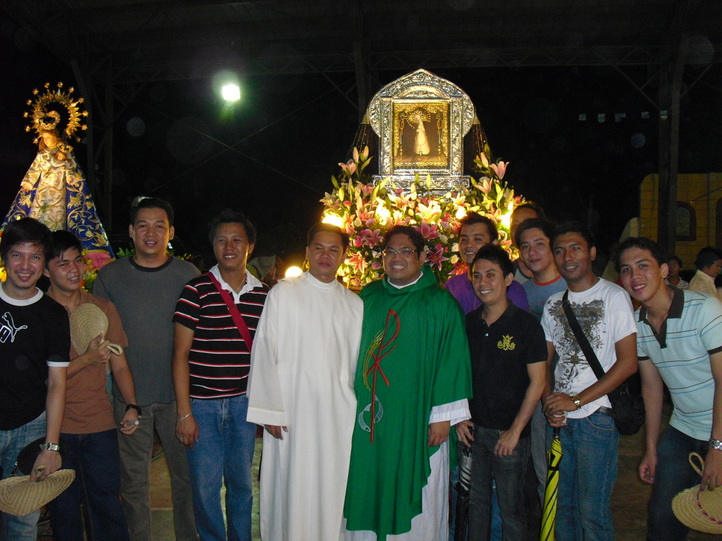 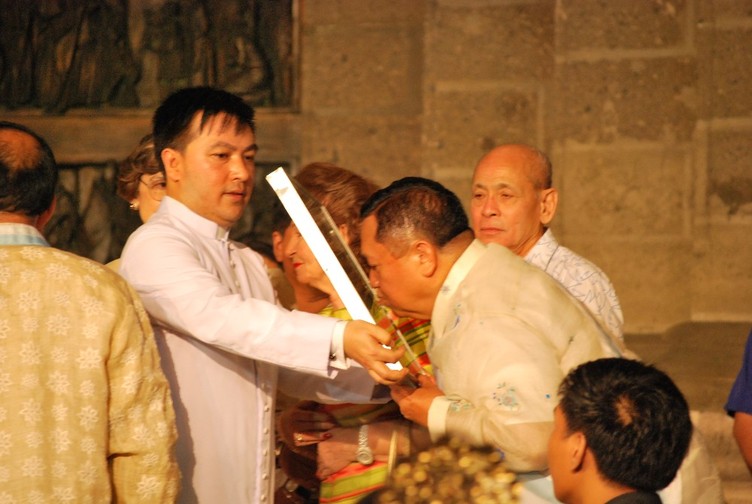 13.  To help the devotees of Nuestra Señora de la Soledad de Porta Vaga recognize the movement of the Holy Spirit in their lives and discern their particular Christian vocation in the world - in the workplace, in marriage or single life, or in the priesthood or consecrated life. 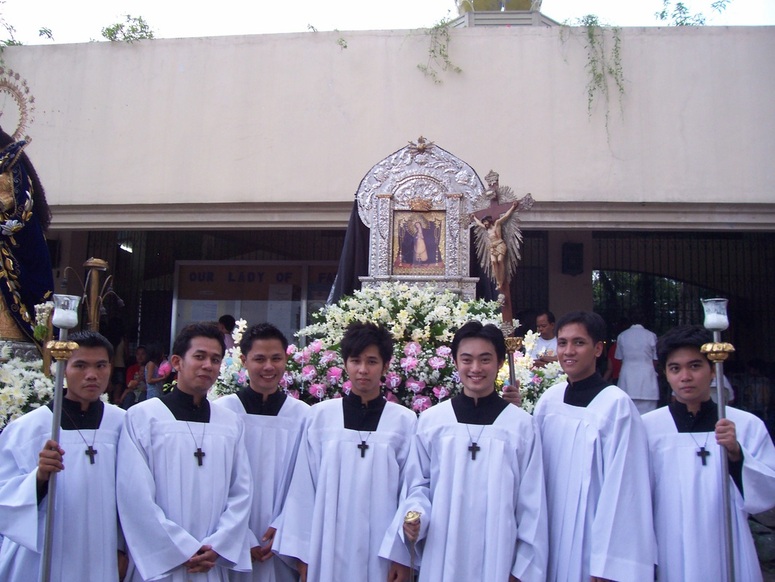 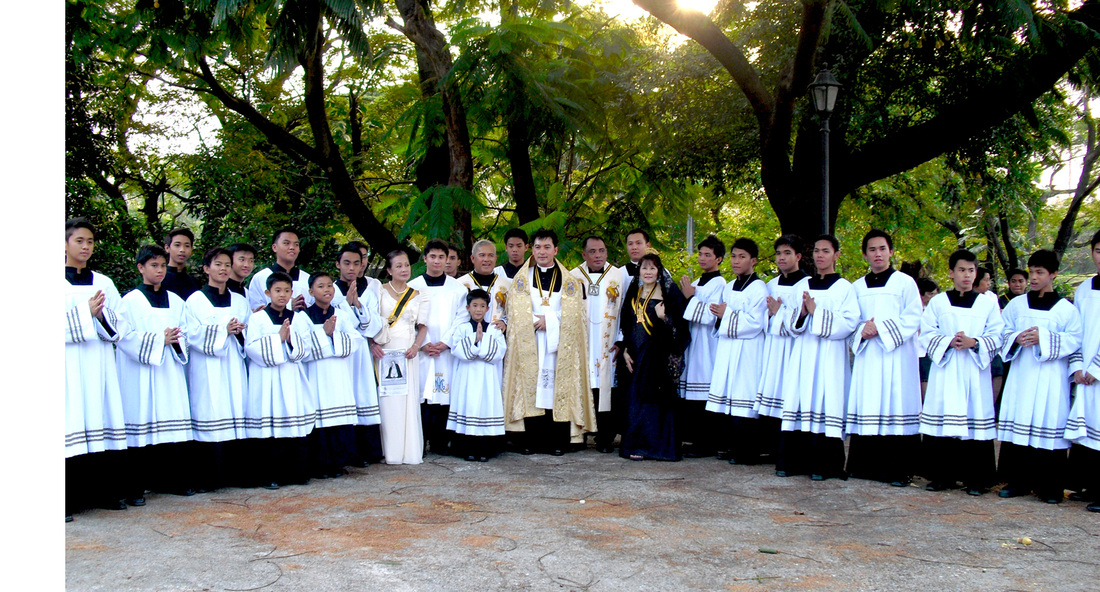 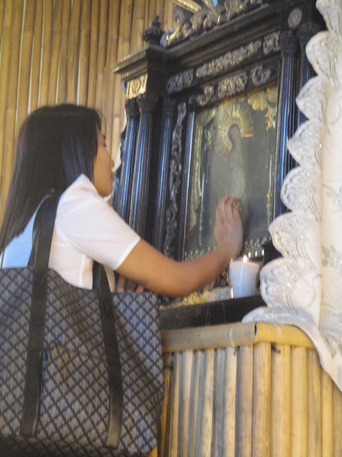